In 2010, newspaper sales fell by 9%. The future looked bleak for the industry. At the same time, the New York Times made a bold call that won them widespread doubt and ridicule. They announced that readers could continue to enjoy a few free articles a month, but after that, everything was going behind the paywall. They planned to turn their digital efforts from one relying on advertising dollars to a subscription model.

The New York Times quickly hit 100,000 subscribers in their first month. It would take them five years to hit the one million mark, in 2015. Partly thanks to Netflix, consumers began to get used to paying for unique content. The growth of the Times was further amplified through the volatile political years of 2016 through today.

The graph below shows the company's impressive subscriber growth. It also demonstrates that the company has kept prices rather low (ARPU = average revenue per user per month). The cost of a digital subscription remains 1/8th the cost of receiving a physical newspaper. 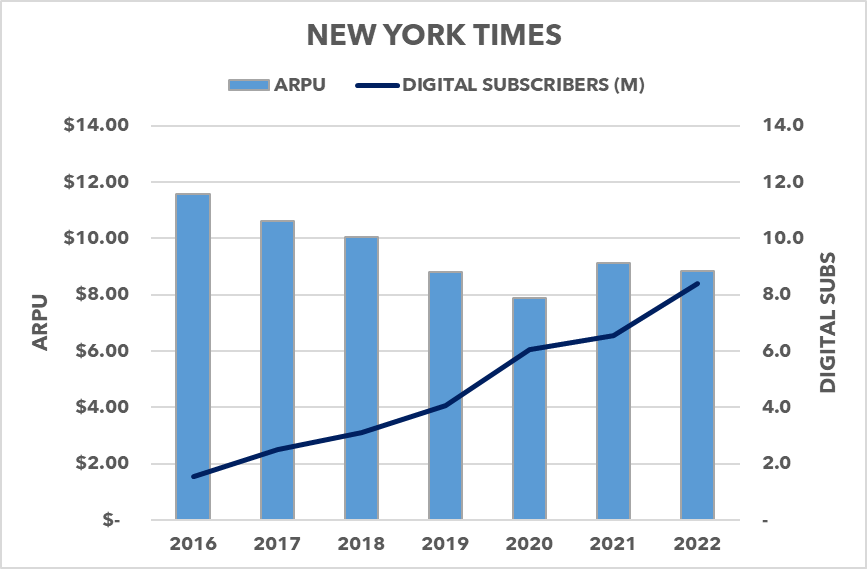 Having transformed a business first built in 1851 to a thriving digital media company, their next plan is to pivot consumers to a valuable, digital bundle.

While the average digital subscriber today pays $10/month, the company would like to shift as many subscribers as possible to pay $25/month. 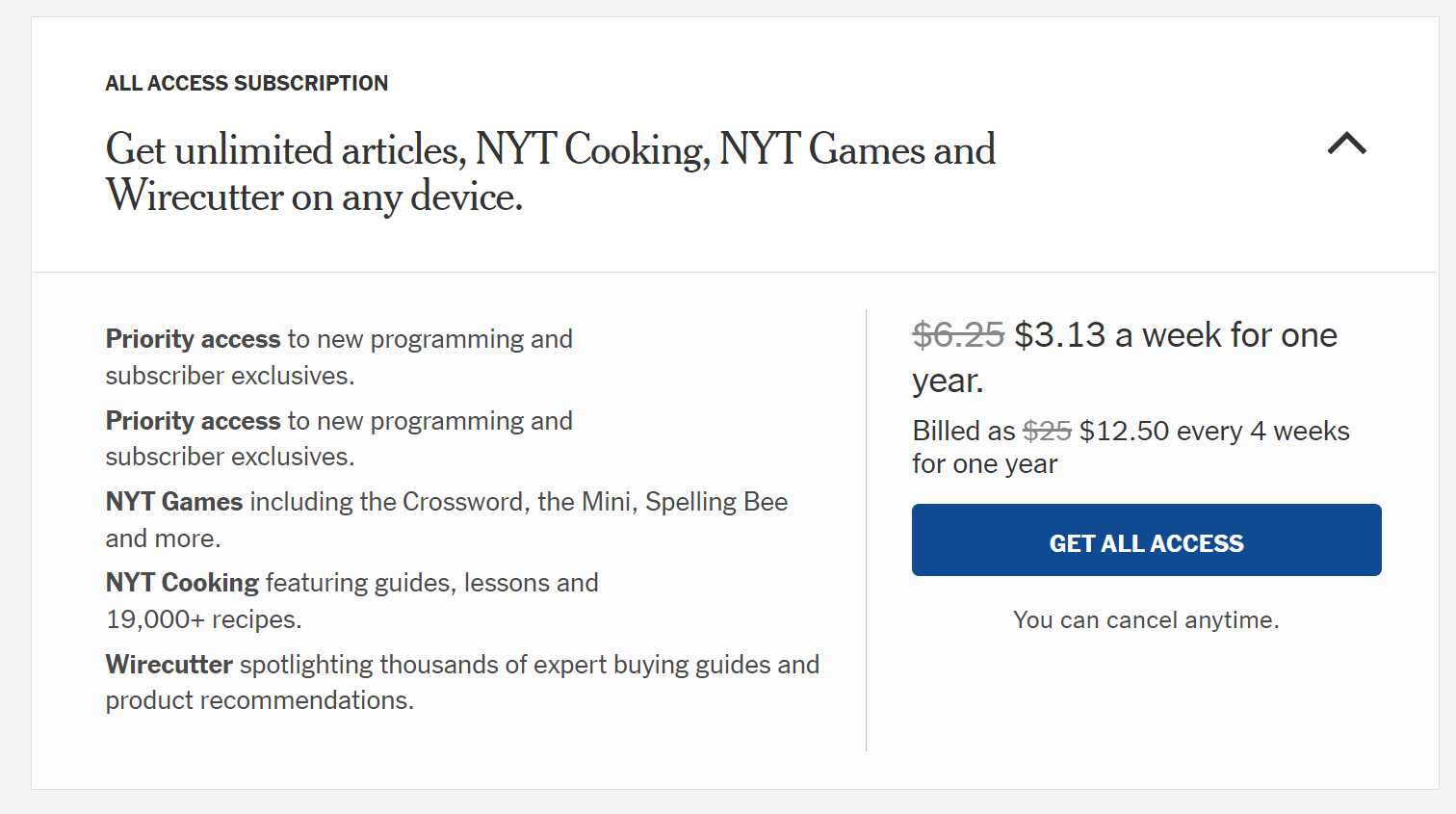 The bundle goes beyond articles and offers access to Games, including Crossword, Cooking, and the Wirecutter. It's a matter of time before the wildly popular Wordle shows up as part of the Games bundle. The company also recently acquired the Athletic to further enhance the value of its bundle.

By adding new offerings that subscribers enjoy the company increases the value of its product and reduces churn. It also generates higher revenue for the company, at no additional marginal cost. The operational leverage inherent in the new New York Times business model will become apparent as they start to drive up the ARPU on their existing subscriber base.

While an additional $1 in ARPU per month would increase revenues by $100M or 5%, its impact on the bottom line will be much greater. The company generated $262M in operating income last year. While they will never drive their ARPU all the way up to $25 as they will always offer discounts to new subscribers, progress will be very profitable. If they can increase the average price customers are paying by $5 a month they should be able to triple their operating income.

For the first decade of it's new life as a digital media business, the main task for the New York Times was to build a loyal and happy subscriber base. They achieved this goal. Other than maintaining this success, their next most important goal will be delivering more value and driving higher average revenue per user.